Can't control your bladder? There is help.

Urgency-frequency syndrome or overactive bladder is one of the most common urinary tract problems in women. Women have to go to bathroom frequently, feeling severe urge to urinate and feeling fullness of the bladder. This condition is not life threatening, but it affects quality of life in women.

At minimum, 11 to 16 million women in the United States cope on a daily basis with symptoms that include sudden strong urges to urinate, difficulty delaying voids, frequent urination, and in many cases involuntary loss of urine when urgency strikes. This causes much stress in women. However the treatments are not satisfactory. A study has shown that six available medications are effective in short term studies and no one drug was definitively superior to others. Current evidence is insufficient to guide choice of other therapies including sacral neuromodulation, instillation of oxybutynin, and injections of botulinum toxin.

Acupuncture was the sole complementary and alternative medicine treatment, among reflexology and hypnosis, with early evidence of benefit for overactive bladder. The strength of the evidence is insufficient to fully inform choice of these treatments. Select behavioural interventions were associated with symptom improvements comparable to medications. Limited evidence suggests no clear benefit from adding behavioural interventions at the time of initiation of pharmacologic treatment.

In China, urgency-frequency syndrome can be treated using acupuncture. Wang S et al studied long-term efficacy of electrical pudendal nerve stimulation on urgency-frequency syndrome. Long acupuncture needles with deep insertion were used to stimulate pudendal nerve and percutaneous tibial nerve. Long term effects at least 5 years were evaluated. 106 patients participated the study. Evaluation was based on a questionnaire including questions on storage, voiding, and postmictutrition syndromes. The mean treatment sessions were 21.2. The results showed that complete resolution was 42.5% and 50% improvement was 85.5%.  62 patients were followed up for 5-10 years. 35 of these 62 patients maintained the posttreatment effect; 18 changed from better to complete resolution; 7 got back to less than 50% improvement; 4 changed less 25% improvement. From their study, acupuncture stimulating pudendal nerve and percutaneous tibial nerve has a good long-term effect on urgency-frequency syndrome in women.

Acute lower urinary tract infections (UTIs) are common in adult women, and as many as 6% of members of the adult female population experience 3 or more episodes during a given year. Women with frequently recurrent cystitis may need prophylactic antibacterial treatment, however if the infection is recurring and this causes development of antimicrobial resistance. Acupuncture is used to treat UTIs. Recently there was a research from Norway which studied the effect of acupuncture on recurring UTIs in women. In this study, it included women aged 18-60 year old who had to have had 3 or more episodes of distal urinary symptoms (i.e., dysuria and frequent urination or suprapubic discomfort) during the previous 12 months, and at least 2 of these episodes had to have been diagnosed and treated as acute lower UTIs by a medical doctor. Acupuncture was offered twice a week for 4 weeks. Acupuncture points were chosen according to the patient’s TCM diagnosis. Points were located on the lower abdomen or back (CV-3 or CV-4 and BL-23 or BL-28) or on the lower extremities (KI-3, SP-6, SP-9, ST-36, or LR-3). Following treatment, 73% of women in the acupuncture group were free of UTIs during the 6-month observation period.  Several episodes of acute distal urinary symptoms were noted in which bacterial cultures either were not obtained or were negative. One third as many episodes per person-month occurred in the acupuncture group as in the control group.  Women in the acupuncture group experienced a 50% reduction in residual urine after 6 months relative to baseline, whereas women in the untreated group exhibited no significant change in residual urine. This study indicated that acupuncture treatment may be effective in preventing recurrent lower UTIs . 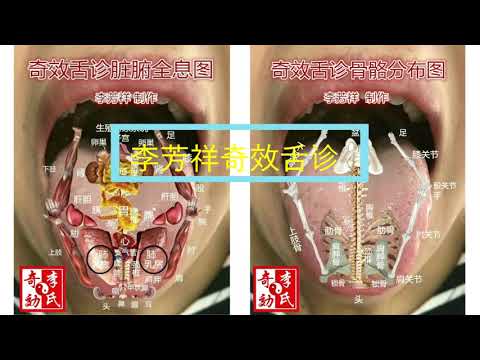