Warm your up with Chinese herbal tea in the winter

This tea can help nourish blood, calm the mind and improve sleep. 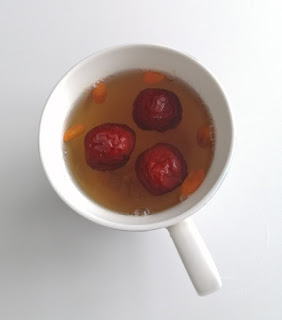 Read more about acupuncture here <www.drmaggiejuacupuncture.co.uk>
at May 29, 2022

boiled for a few minutes

This tea can help release coughing and phlegm; reduce bloating and diarrhea. 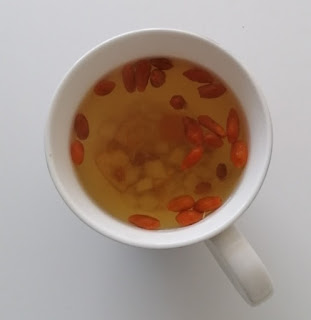 Why is it good to drink ginger tea?
Ginger can help your defence system.

Macrophages a type of defence cells in the body play a dual role in host defence. They act as the first line of defence by mounting an inflammatory response to antigen exposure and also act as antigen presenting cells and initiate the adaptive immune response. They are also the primary infiltrating cells at the site of inflammation. Inhibition of macrophage activation is one of the possible approaches towards modulating inflammation. Ginger, an herbal product with broad anti inflammatory actions was shown that it regulates immune function by inhibiting macrophage activation. A study has shown that ginger ginger improves on cytotoxicity induced by paraben (p-hydroxybenzoic acid) on red blood cells (RBC) in vitro from healthy adult human beings (25-30 years).

The effects of ginger supplementation on markers of inflammatory and oxidative stress: A systematic review and meta-analysis of clinical trials.

Read more about acupuncture at www.drmaggiejuacupuncture.co.uk

How many eggs retrieved in IVF are good numbers?

How many eggs retrieved in IVF are good numbers?

IVF becomes a popular technique for infertility treatment since it was invented 30 years ago. During the procedure it is difficult to predict the side effect and success for individuals. IVF success rate is related to egg number retrieved in the procedure. What is the optimum number of eggs for IVF? Is there a connection between egg numbers and live birth rate (LBR)? Ji J et al analysed the data from 2007 and 2011 from total 2455 patients who was undergoing first cycle of IVF treatment. All patients had normal menstrual cycles and were stimulated with a long GnR agonist protocol. Associations between egg number and LBR and miscarriage rate and the rate of moderate-severe ovarian hyperstimulation syndrome (OHSS) were analysed. These patients were divided into four groups according to the egg number retrieved: 0-5, 6-10,11-15 and >15. The fresh embryo transfer LBR and cumulative LBR were assessed. Their data suggested that for IVF cycles stimulated with a long protocol the optimal number of eggs for achieving a live birth is between 6-15. With increased egg number, the incidence of moderate-severe OHSS was increased. There was no significant difference in the miscarriage rates among the patient groups.

How to check your ovulation? What is the easiest way?

What is basal body temperature? Basal body temperature (BBT) is the lowest body temperature during rest. It is usually measured in the morning as soon as you wake up and before you engage any physical activity. In women, BBT changes with the menstrual cycles. If you make a daily BBT chart in a full menstrual cycle you can see the BBT chart is biphasic which means there are two temperature phases. Ovulation increases BBT for about up to 0.5 degree Celsius. The average BBT is 36.37 ±0.12 ºC during follicular phase (the phase prior to ovulation) and 36.72 ±0.12 ºC in luteal phase (the phase after ovulation). If conception does not occur, the temperature goes down and then the next menstrual cycle starts. If the conception occurs, the temperature stays at the higher level until the end of first trimester of the pregnancy.

If you are trying to conceive, making your BBT chart is the easiest way to know if or when you are ovulated precisely, though it does not predict ovulation. Your BBT chart also can tell if your body is the best form and is ready to sustain a pregnancy. BBT was regulated by hormones estrogen and progesterone which produced by ovaries. High levels of estrogen lower BBTs while high levels of progesterone increase BBTs. If your BBT chart is normal, this means your ovaries are functioning well and you are ready for pregnancy.

If you have difficulty to conceive, it may reflex on your BBT chart. For example, if you are not ovulating, your BBT chart does not have two phases. If you have short luteal phase which is difficult to sustain your pregnancy it shows a disturbed BBT chart. If your first three day’s BBT is greater than 36.6 ºC, this may be associated with endometriosis.

Infertility and hormones, how can acupuncture help?

Egg and sperm quality
High quality of eggs is essential for conceiving. Women are born with millions of follicles. These follicles stay in the cortex of ovaries where they will develop and some of them will be mature and released. This is a long process and it takes about a year for an egg to develop and to be released. The original follicles are preantral type of follicles. These follicles are in deep sleep stage. Some of them will wake up and be recruited to develop. This is preantral development which is a slow process and it takes about 10 months. This process is hormone independent. After 10 months of development, some of them will be selected to develop to dominant follicles. It takes about 2 months for these dominant follicles to develop to a preovulatory stage. This stage is hormone dependent. And then one of the follicles will be mature and released in 15-20 days which is highly depending hormone balance.

Hormonal balance is the key in human reproductive system. In women, there are five hormones involved in reproductive function: gonadotropin-releasing hormone (GnRH) produced in hypothalamus (a part of the brain), follicle stimulating hormone (FSH) and luteinizing hormone (LH) both produced in pituitary gland (another part of the brain), and oestrogen and progesterone both produced in ovaries located in pelvis. To be fertile, these five hormones have to be well balanced, which means they have to be at the right level at the right time. If the balance is disturbed at any points in a cycle, this would affect fertility. Most of the infertility in women is caused by imbalanced hormones. Hormonal imbalance could cause poor egg development; as a result, poor quality egg is produced (fertilization is affected) or no egg is released in the mid-cycle. Hormonal imbalance could also cause poor uterine lining affecting implantation and causing early pregnancy loss.

To improve fertility, correcting hormonal imbalance is the key. It takes time (at least a few months) to restore hormonal balance; sometimes it takes much longer than you expected. So determination and patience are needed to achieve the goal. Acupuncture treatment could help restoring hormonal balance by stimulating sympathetic nerve and lowering sympathetic activity. Balanced diet and regular exercises could also help.

Low AMH
AMH is short for anti-mullerian hormone. It is a substance made by small follicles in women’s ovaries. When the follicles grow bigger, they are no longer producing AMH. Since AMH is produced only in smaller follicles and its blood levels are constant, AMH has been used to measure the size of the pool of growing follicles in women. AMH blood levels reflect the size of the remaining egg supply. If your AMH is low, it means your egg supply is poor. With increasing women’s age, the size of their pool of remaining small follicles decreases. Their AMH levels and the number of ovarian small follicles visible on ultrasound also decrease. Some women may have problems of recruitment and development of follicles; in this case they have fewer follicles developed and their AMH tends to be low. Women with low AMH would have less chance to have good quality eggs. So they may have difficulty to conceive naturally. Women with low AMH level are likely to have poor response to ovarian stimulation for IVF and have fewer eggs retrieved. This reduces their chance to conceive via IVF.

Read more about how acupuncture can help to balance hormones at <drmaggiejuacupuncture.co.uk>

How too make Barley tea. 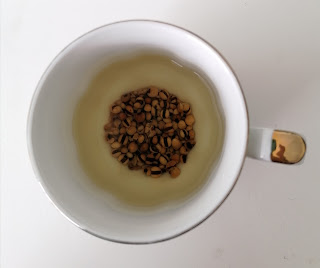 Roast Barley to brown and store in an air tight container. To make tea, add one spoon of roasted Barley and boiling water to a cup and leave it for 10 min.

Benefits of Barley tea. It contains vitamins along with antioxidants. Good for digestion, reducing bloating, anti-inflammatory and antiaging.

Read more about acupuncture at drmaggiejuacupuncture.co.uk. 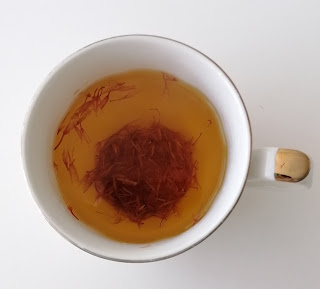 Saffron is a spice that comes from the flowers of crocus sativus Linné. Like many other herbs and spices, saffron can be prepared as a tea. The benefits of saffron tea include good for heart and lowing blood pressure, urinating problem, menstrual issues, eye disorders, stomach issues, mental health antidepressant.
Read more acupuncture at drmaggiejuacupuncture.co.uk
at May 08, 2022 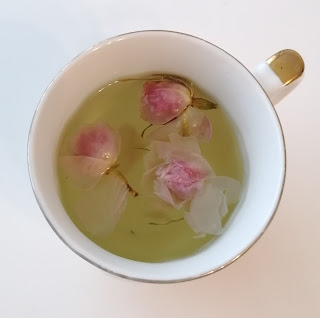 Roses have been used as tea, one of Chinese teas for thousands of years. Rose tea is made from the fragrant petals and buds of rose flowers.

Read more about acupuncture at drmaggiejuacupuncture.co.uk

Which muscles are involved in upper back pain?

Trapezius muscle Trapezius is a superficial broad triangular muscle at neck and upper back, one of the largest superficial muscles at the up...